Where are the Jalapeños?

Well I've been waiting and waiting to see little jalapeños growing in my garden. The plant took off and was the center attraction in one of the beds for a while. 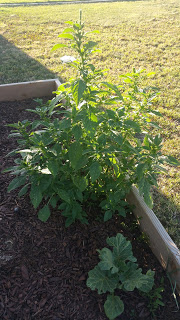 But then it started wilting. I thought that it meant that I need to water it more and so I did.  It came back for a little bit.  Then it started leaning over.  Nothing a little support couldn't fix.


I kept waiting for some flowering and some jalapenos, but not a single one showed up.

Today it was wilting and leaning almost all the way over and I took a closer look.  At the base of the plant it was getting black. 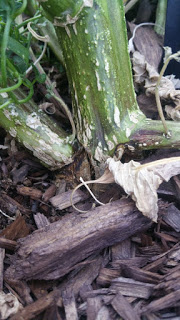 After searching about non-flowering pepper plants I found an article talking about Phytophthora.  What I read talks about it being a fungus that attacks a plant at the roots or the base where it meets the ground.  It causes the plant to act as if it hasn't gotten enough water and it basically eats the plant up.  There isn't anything that can be done to save it. 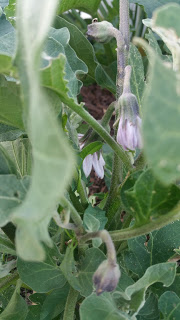 For anyone that knows me, they know that I have A LOT of interests. While there is nothing wrong with that; sometimes I go into interest overload and begin pursuing after too many interests at once.  For example, I will start a new eating habit and that will be going well which will remind me that I can do anything I want to do. Then I will decide I want to learn a new language, like Chinese. I'll find a great app to start that, but then I'll find it has other languages I have started to learn in the past, like French. I'll also decide I should also improve my equestrian riding skills and pursue a new certification for my professional life.    Really quickly I'm trying to commit myself to every single one of my interests.
I have big ambitions for all of them, but it ends up being like the jalapeno plant fruitless and toppling over. I end up over committing myself and getting burnt out.
A few things to keep in mind out of all of this are:
Analyze the reasons -  Why are you doing what you are doing? Is there a real purpose for everything you are taking on?  Or is there an underlying fungus that will make you pull everything out?
Even if I want to learn another language, it's not always in my best interest.  I'm not planning an international trip any time soon.  The benefits that I want to see come to fruition may get me one of those trips, but until its closer there really isn't any reason.
Scale it back - Trimming back a tree prior to spring helps the growth of the tree when it starts to get leaves.  It's important to only have a few things to focus on so you can get and give your best with them.  It'll allow for better growth down the road when you have accomplished a goal, then another. You don't have to do it all at once.

"Life in Circles" is about going through life and continually improving yourself by facing every challenge life gives you. It's about learning to apply what you learn in one area of your life to all the rest of the areas too.